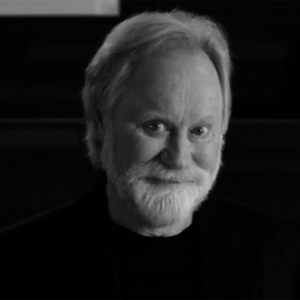 After graduating from Louisiana State University, Tommy spent several years with the CPA firm KPMG. He went on to be recognized as a national sales leader for both IBM and XEROX, was named MARKETER OF THE YEAR by Sales & Marketing Executive International, and WHO’S WHO IN MARKETING. Tommy received the outdoor advertising industry’s highest honor when he was awarded the L. Ray Vahue Marketing Award and named to the OAAA HALL OF FAME. In 2013, he received the American Advertising Federation’s (AAF) E.A. Pete Goldsby Silver Award, which is presented annually by the AAF to the person who has made the greatest overall contribution to the advertising profession.

Tommy has conducted sales and marketing seminars around the world for the television, radio, magazine and the outdoor industry. He has addressed the advertising associations of Japan, Mexico and over 190 Advertising Federations in over 46 states. Tommy has been instrumental in implementing the Geopath audience measurement for Out of Home (OOH) media, an accomplishment of which the entire industry can be proud.

At Lamar, Tommy has trained thousands of Account Executives and Sales Managers to date, providing the framework for those individuals to become successful visionaries in the OOH industry. He delivers fresh video training content to Lamar’s 200 sales offices on a semi monthly basis and continues his OOH sales training classes at the company’s headquarters in Baton Rouge every year. He has developed various sales training materials, including a six-part Sales Training Module tutorial recorded for Account Executives to further their education about outdoor and other media types. He also created a Sales Management Module to teach Sales Managers how to hire and train effective Account Executives. He is also the author of the series “Disciplined Selling.”

Tommy lives in Baton Rouge, Louisiana. He has served on the Board of Directors for LSU College of Business, Louisiana Arts & Science Museum, City Year, The Louisiana Council on Child Abuse, Playmakers, The Louisiana Christian Home Educators, The Dunham School, The National Black Home Educators Association, and the Baton Rouge Crisis Center. He is has been active in leading the United Way Pacesetter’s Campaign, the Rotary Club and the United Way Speaker’s Bureau. Tommy also serves on the Geopath and Outdoor Advertising Association of America’s (OAAA) Marketing Committees.

Tommy and his wife Brenda of 45 years have four sons and ten grandchildren.

His quiver is full.